a lifestyle blog in honesty & authenticity in daily living

So, Farmer’s Markets in D.C. area typically don’t open until May and they don’t close up until November. As this super cool farmer lady told us, there is competition to open them earlier and earlier. Well, whether all of the crops were ready on Saturday to be dug up or not, we (myself and ML), were there on Saturday bright and early and ready to find some good eats!

We started out looking at prepared foods like breads and cakes and cinnamon buns. I actually got a pumpkin bread even though I am trying to be sooooo good with the clean eating and proper nutrition. But it was made with super healthy flour and applesauce, and honestly did not taste much like a dessert. It wasn’t gluten-free though! My guy got 2 coffee cakes! He is a bit of a dessert-aholic though, so that was the norm. The next table we went to had fantastic hummus and sauces. I walked away with a garlic sauce that I used the next day on asparagus and a fab spicy chipotle hummus (we got to taste all of the sauces and hummus we wanted!) .

We moved on and got my kid a sticky bun, then some corn on the husk that you actually clean the silk off of and put it in a paper bag and microwave! The last purchase was from a super chic-talking French man who wowed us with his bread stand and his knowledge on Paris and all things starchy. ML walked away with a loaf for sandwiches and I can tell you that it was hard to pass up the baguette, but I am saving those for when we visit France in August. I cannot forget to mention that I got some farm fresh eggs, and some of this farmer’s eggs had a blue/green hue, kind of cool.

We learned a bunch at every stand and had nice convos with the people who made/grew the food that we are going to eat. How often does that happen? Now that is true farm to fork action going on! I have such an appreciation for people who make it their life’s purpose to grow and provide these crops and foods. It is a tough job and one that I would not want to do, but I am glad to pay a little extra to buy these items so that these fine people can continue to do what they love.

I love, love, love Farmer’s Market season! And many people do not know this, but we have the most Farmer’s Markets per capita in this area! Though it is a fun time of year, it is also allergy season for myself and many people. So, I made a stop later at a storefront Farmer’s Market in another town. I got some local honey, and I made sure that it was honey that was gathered or scooped or whatever they call it, an hour or less away so that it would be most beneficial to my immune system. It also was infused with lemon, so that made it even more appealing.

So, besides getting some yummy eats and enjoying ourselves, I had to remind myself that spring is not my friend in all forms, and I had to be proactive by giving my body all-natural ingredients, so I can tiptoe through the tulips (which we did by the way) without paying for it in the form of sniffles and sneezes! And, Happy (finally) Spring to you all! I apologize for my few days of rest aka absence from the blog and social media, but I had a few “fires” to put out. I will post about that later, but they are more of the warrior woman kind of stories and my constant need to advocate for everything. Today is about being light and chill:)

*photos taken by me 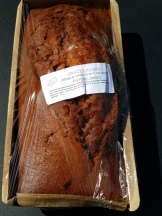 Visit me on The Gram (IG)